The Easter Bunny would be very hoppy to visit your little one or event this Spring! 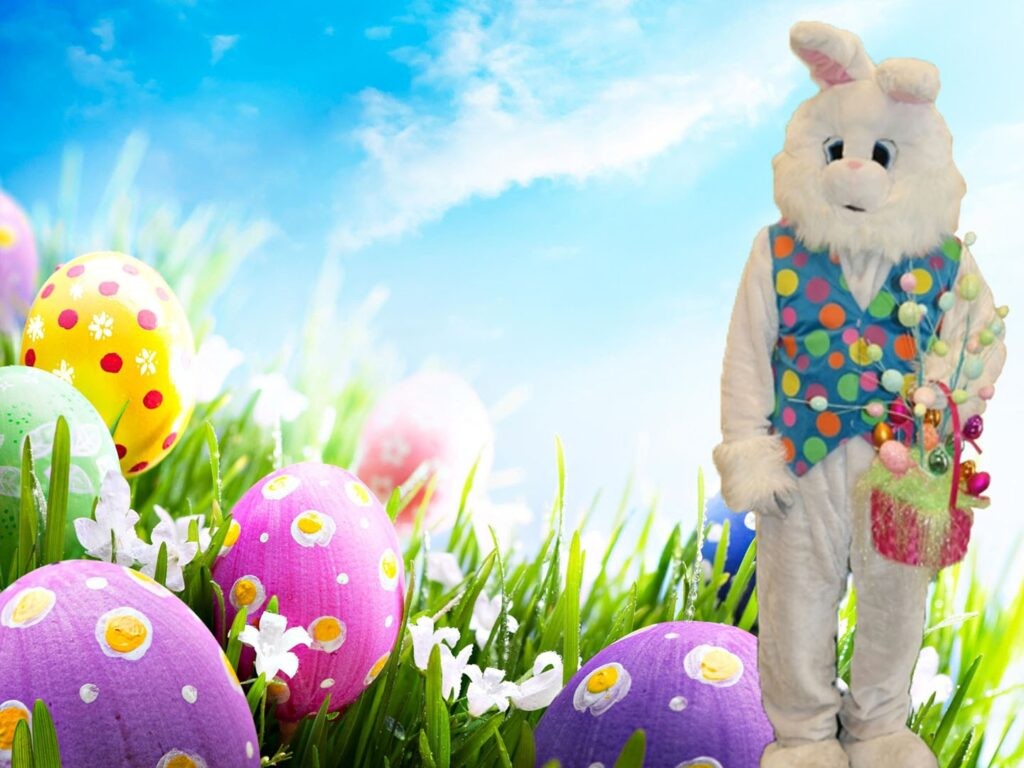 History of the Easter Bunny

It's a known fact across the United States that the egg-laying Easter bunny goes hand-in-hand with the Easter Sunday holiday. Year after year, eager children rush to their baskets to see what kinds of treats, chocolates, and other special fillers the furry mythical creature left behind for them. But, just like Santa Claus and Christmas, the mysterious hare has no obvious connections to the Christian significance of this post-Lent holy day. So, where did the Easter bunny come
from in the first place?

The Easter Bunny seems to stem from early pagan celebrations around the vernal equinox, which just happened to occur around the same time as the Christian celebration of Jesus Christ's death and resurrection. The pagan traditions celebrated the springtime renewal of life and fertility as well as the goddess of dawn and spring, Eastre (or Oestre or Ostara). Eastre was associated with newborns, both human and animal, during the spring, and since rabbits are known to be rapid breeders, the concept of the Easter Bunny began to form. The legend is that the goddess Eastre came "late" one year, causing a long winter, and saw a bird frozen in the snow. Eastre took pity on the bird and turned him into a snow hare who could lay multi-colored eggs on one day each year: the day that the festival of Eastre was celebrated.

At some point, the pagan egg-laying bunny and the Christian holiday began to blend, starting in Germany in the 17th century. As the Christian religion spread, missionaries would often "practice some good salesmanship" by incorporating pagan ideas into Christian holidays, and this is likely what happened with the "Eastre" hare. The Germans turned the pagan rabbit into "Oschter Haws" (literally "Easter Hare"), a rabbit that laid colored eggs as gifts for well-behaved children.

Dutch settlers brought the Easter Bunny to America in the 1700s, according to the German National Tourist Board. Their children would make nests out of their hats or bonnets in the hopes that the "Oschter Haws" would leave them colored eggs.

While the Easter Bunny's pagan associations are well-documented throughout history, there are also historic Christian connections with rabbits that stem from the ancient Greeks, who believed rabbits could reproduce as virgins, according to Catholic Online. This influenced paintings and manuscripts in the medieval period where rabbits were displayed alongside the Virgin Mary. From there, German Protestants went on to popularize the Easter Bunny as a myth for children.

Whether it was pagan or Christian associations with the rabbit that ultimately influenced the Germans, we may never know. But one thing is certain: The Easter Bunny will continue to bring joy and excitement to children across the country every Easter Sunday.